First Day is a finalist in the 7-10 years category at the 2018 Prix Jeunesse International, to be held in Munich, Germany in May. The show has also been nominated for the UNESCO prize and Gender Equity prize at the festival.

The aim of the Prix Jeunesse is to promote excellence in children’s television worldwide – that enables young people to see, hear and express themselves and their culture. It’s a huge honour to be selected as a finalist alongside shows like BBC1’s Revolting Rhymes (based on the Roald Dahl book) and Amazon Prime’s American Girl Story.

First Day is screening in the short film competition at the Mardi Gras Film Festival in Sydney on February 26th. Tickets available here.

We’ll also be screening at the Melbourne Queer Film Festival in March. More details on the festival website: http://mqff.com.au

First Day can be viewed in Australia on ABC iview at this link:
iview.abc.net.au/programs/first-day 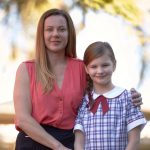 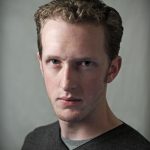