Wastelander Panda Director Victoria Cocks and Producer Kirsty Stark have been invited to speak about the project as part of the Reellife Seminars, Panels and Workshops at the Gold Coast Film Festival this weekend. Their session is on Sunday the 19th of April at 2pm.

“Out with the old, in with the new! We take a look at two Australian projects – #7DaysLater and Wastelander Panda – and discuss the innovations brought to each project by their respective creators through the power of the Internet.

#7DaysLater is an ABC2 show in which the audience writes a brief via social media for the episode that will screen just seven days later. So far the team have had guest stars Corey Feldman in an alien love triangle, Colin Mochrie as an improv drama queen and Toby Truslove in a Q&A zombie political debate. What’s next? Find out from series co-creator, writer, and director, Daley Pearson.

Wastelander Panda started as a joke, then a webisode, then a television series released on VOD platforms, ABC, and DVD. Screenings at Fantastic Fest and SXSW then helped bolster the show to new heights. Creator Victoria Cocks and Producer Kirsty Stark will take us on a journey through their post-apocalyptic, panda-inhabited world.” 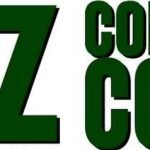 Visit Us at Oz Comic-ConNews